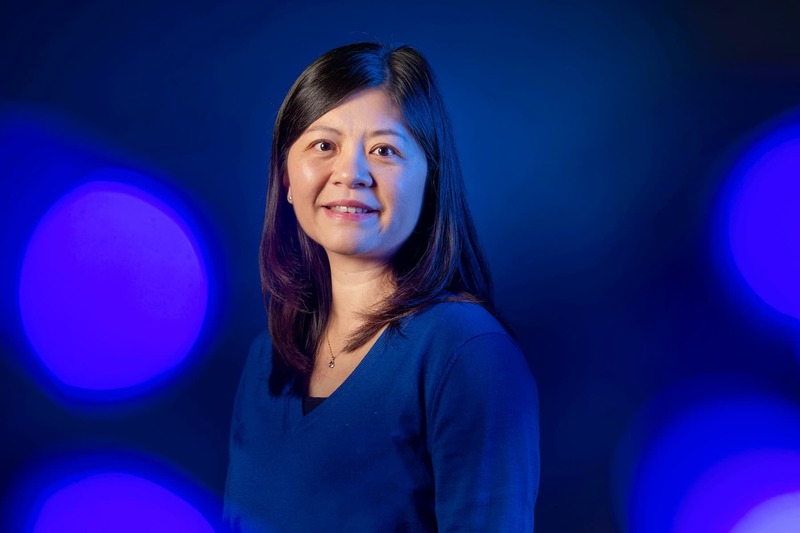 Ruilan Guo loved chemistry in high school because there are so many unknowns and corresponding opportunities to create something new.

“My current research philosophy is just to create things that are useful,” Guo said. “It’s as simple as that.”

It’s not really that simple. What Guo creates are membranes, the selective barriers that allow some things to pass through but stop others — comparable to very advanced sieves or strainers.

For example, one way to remove salt from seawater to create fresh drinking water is through reverse osmosis, which uses hydraulic pressure to force saltwater through a membrane that filters out the salt. This process requires a large, and costly, amount of energy and time.

“They just take for granted that I am a male researcher. I don’t feel it’s a major challenge, but people will have a bias that it’s not a woman faculty or researcher.”

The process is complicated by chlorination, which cleans the bacteria in the water but will also break down the membrane that removes salt. So the clean seawater is de-chlorinated before passing through the membrane, then re-chlorinated to protect the now-fresh water.

“The goal is to make a membrane that is resistant to chlorine — then you can save all these steps,” she said. “That would use less energy and also save capital.”

Guo specializes in membranes made from polymers, which are large natural or synthetic molecules consisting of repeated units of smaller molecules in a chain. The bonds between each unit can be created to act as tiny pores in the membrane, which can be different sizes to let some smaller molecules pass through while stopping larger ones.

These projects are home run swings, Guo admitted, but with an important caution. “Everything we do would be a big deal if it works,” she said.

“We are at the materials development stage, but it still can be a long way. So, you create a new material and it shows a great performance in the lab. But then the next big step is how you can translate your lab-scale material to the commercial or industrial device.”

Guo grew up in Yichun, China, the youngest of three girls. Her parents were a teacher and government employee, not engineers, yet Ruilan and a sister both work at universities in materials science and engineering. After university in Beijing, Guo went to the Georgia Institute of Technology for her doctoral degree in polymer and textile engineering.

She came to Notre Dame in 2012 to continue her research in membranes and chemical separations, teaching a materials course at the undergraduate level and a polymer course for graduate students.

Guo gave several reasons why most of her current research is focused on membrane gas separations such as natural gas purification, which requires removing carbon dioxide from methane. While companies doing desalination and fuel cells are satisfied with the current commercial materials they use, she said membrane gas separation is a newer technology with a potential for major impact.

Chemical separation accounts for as much as 55 percent of total energy consumption in the United States. The traditional thermally-driven methods use lots of energy with a large footprint. The right polymer membrane, which uses the intrinsic properties of the materials for separation, could save 90 percent of the energy, cut down maintenance and cover a significantly smaller footprint, Guo said. 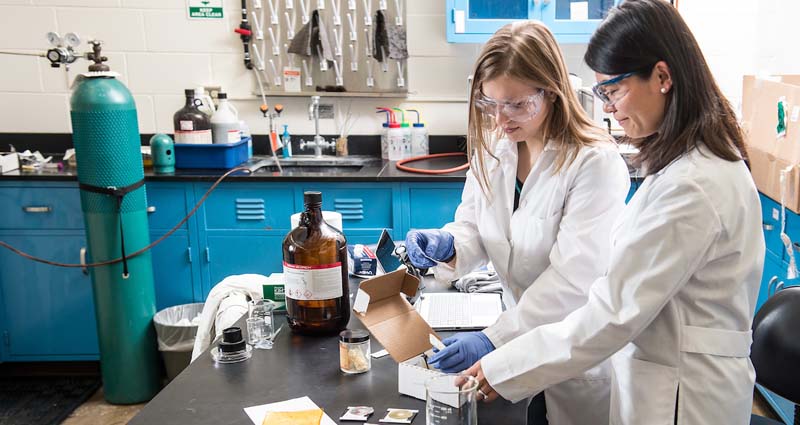 Guo aims to achieve this by controlling both the size and the size distribution of the non-permanent micropores in the polymer membrane. She resorts to an analogy to explain.

“You can view the polymer chain as spaghetti,” Guo said. “With regular dry spaghetti, you can pack them efficiently because the gaps between the spaghetti strands are small…so you will have low permeability. Instead, if you have curved spaghetti, you can’t pack them efficiently. There are a lot of gaps, and those gaps, when regulated properly, provide the pathways for gas molecules to pass through the membrane selectively.”

For improved productivity, Guo creates membranes from polymer structures with more curves and gaps, while controlling the size of the pores in those gaps. Her work has received several prestigious awards, including the Department of Energy Early Career Research Award.

She met her husband, who works as an organic chemist in south Chicago, when they both did post-doctoral stints at Virginia Tech. They have a six-year-old daughter and another born just two months ago.

Guo said she was once advised to take an English name to avoid confusion. Several times, she has received comments on papers or proposals that make a mistake based on her first name, Ruilan.

“They just take for granted that I am a male researcher,” she said. “I don’t feel it’s a major challenge, but people will have a bias that it’s not a woman faculty or researcher.”

As a scientist comfortable with the unknown, she said she won’t change her name. “No,” she said quickly, “I don’t feel it’s necessary.”