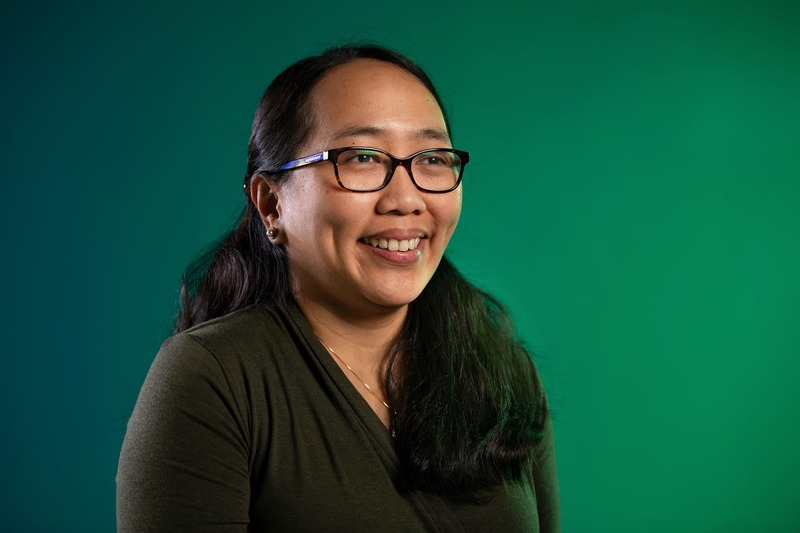 The Right to Thrive

Diane Desierto has taught at universities on three continents and authored more than 100 publications, many of them in leading law journals. She also has recently been tasked by United Nations member states to assist in the drafting process for a new international treaty defining development as a human right.

“Our work as experts is to ensure that human rights remain central to any development decision made today and in the future,” said Desierto, associate professor of human rights law and global affairs at the Keough School of Global Affairs. “It’s a question of whether those decisions are people-centered and protect vulnerable populations.”

A dedication to justice infuses Desierto’s work as an attorney, teacher and prolific scholar of international law, development, humanitarian law, comparative constitutional and other public law, maritime security and the regional law of the Association of Southeast Asian Nations. Her legal practice and scholarship centers on the belief that human rights should be at the heart of the international economic system and the laws that govern it. She’s been pleasantly surprised that international economic law has evolved over the past decade to reflect this understanding.

“I hope my scholarship encourages people to rethink the international economic system—banking, finance, investment, trade—so that we are thinking not about the glories of globalization but at the end of the day, the common good.”

“Ten years ago I was getting excoriated by various scholars of economic law for my stance, and likewise by human rights lawyers who insist on the ‘purity’ of the field that shouldn’t be sullied by technocratic aspects of international law,” Desierto said. “But now it is the norm. Up-and-coming scholars are seriously studying how to make human rights a focus of economic decision-making.”

While adding to her rapidly growing body of scholarship, Desierto continues to work as an attorney, representing human rights victims before the Philippine Supreme Court, the Philippine Commission on Human Rights, and in international tribunals such as the International Criminal Court and the Permanent Court of Arbitration, both at The Hague in the Netherlands.

“My scholarship and teaching are informed by my active practice,” says Desierto, who holds J.S.D. and LL.M. degrees from Yale Law School, an undergraduate law degree and an undergraduate economics degree from the University of the Philippines. “My international work is such that when I regularly encounter differences among people, those experiences ironically reinforce the things we do in fact share as part of a common humanity.”

Desierto’s childhood laid the groundwork for her fierce commitment to human rights. Growing up in Manila and Cebu, the Philippines, she was raised by attorney parents who worked for decades in government service. Her father, a trial lawyer, focused on criminal justice, served as a defense counsel, a prosecutor, and later as a constitutional ombudsman who charged public officials with violation of anti-corruption laws. Her mother — the first female attorney in the impoverished community of Naga, Cebu — worked on socialized housing issues, later joining the government as a national housing arbiter and commissioner.

“My father was appointed by five presidents in succession, regardless of regime,” Desierto said. “And my mother had a strong social justice ethos. Early in her career she began taking on cases that focused on helping others who had gone through a life of poverty as she did.”

Since joining the Notre Dame faculty in 2018, Desierto has served as a member of the advisory committee for the Klau Center for Civil and Human Rights, part of the Keough School, and she takes an active role in advancing the center’s mission. She has taught courses such as International Law and Human Rights; Human Rights, Sustainability, and the Global Commons; Trade, Investment, and Human Rights; Economic, Social, and Cultural Rights; Human Rights Reparations; and an Introduction to Global Affairs and Integral Human Development. She enjoys teaching Notre Dame students because of what she describes as their intrinsic commitment to the common good. 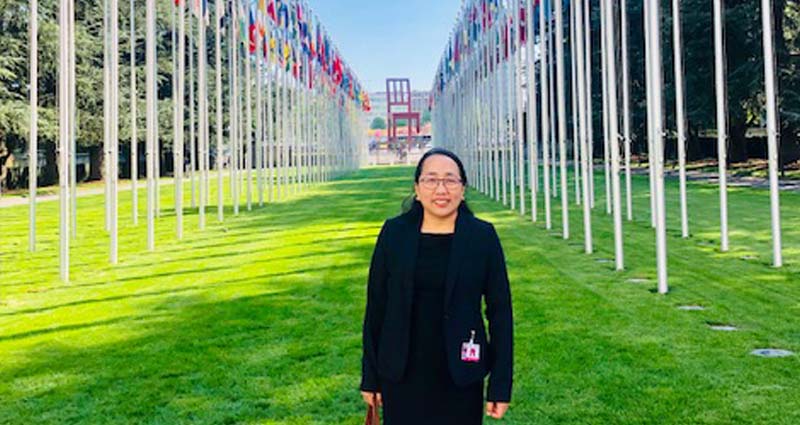 “It’s the best teaching experience I’ve had thus far,” Desierto said. “You don’t have to persuade Notre Dame students what’s right for the common good. They actively ask those questions and inherently have a moral compass that’s married to a strong academic core of excellence and discipline. It makes teaching international law and human rights very fulfilling.”

Desierto said that compared to when she began her career, many more women are entering the field of international law.

“When I came on board there were very few women international lawyers and certainly fewer women of color,” she said. Desierto is still the only non-European, non-Caucasian, non-Western board member of the European Journal of International Law, a position she has held since 2012.

Desierto says that when she began her scholarly career she faced many challenges. While she had many supportive mentors at Yale, the International Court of Justice, and in the Philippines, she quietly dealt with her share of discriminatory conduct and dismissive attitudes in a hierarchy-laden field.

“My really tough mother would tell me, ‘There is no basis to complain. You were given a gift by God to do the work, but you have to work 10,000 times harder as a woman, an immigrant, a person of color. That’s the circumstances in which we were born. Don’t focus on the identity but rather the work.’ That became my mantra,” Desierto said.

“It’s different now that identity discussions are very predominant,” Desierto said. “I have to consciously resist the immigrant tendency to be cautious, to try to mute oneself. As an immigrant you don’t want to stand out, you just want to blend in and do your work.”

Desierto said she often looks back on the day she stood before the chief justice of the Philippine Supreme Court in 2005 to take her oath as a new attorney. It was a challenging time. She had experienced a near-fatal accident that injured her spine and left her unable to walk. Wearing a neck and spine brace, she had to be carried up the court steps by her father. She would spend the next decade focused on rehabilitation and recovery. But on that day in 2005, Desierto determinedly took her oath to defend the constitution, human rights and the rule of law, an oath she renewed in prayer when her parents brought her to the grotto of Our Lady of Lourdes on a pilgrimage in 2010.

“It’s an oath I take very seriously,” Desierto said. “And I strive to fulfill it every day. I hope my scholarship encourages people to rethink the international economic system — banking, finance, investment, trade — so that we are thinking not about the glories of globalization but at the end of the day, the common good.”