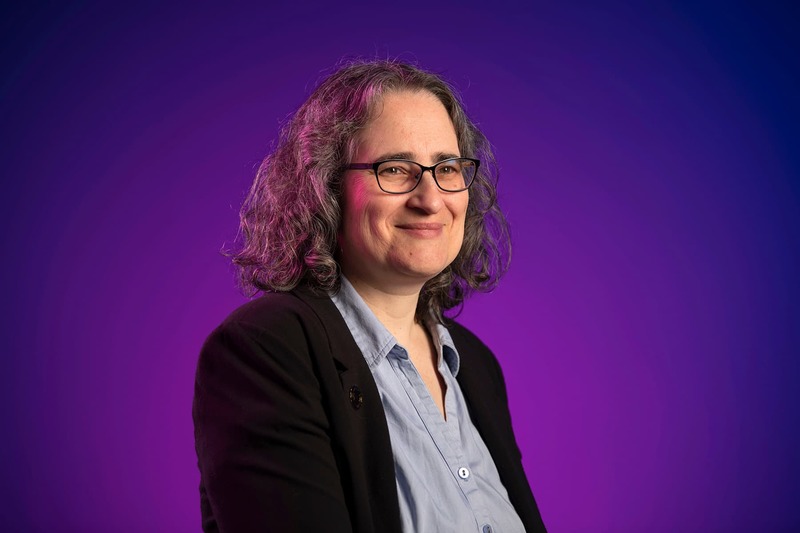 Professor of Chemistry and Biochemistry

The problem of lead poisoning was on Marya Lieberman’s mind as she drove onto campus one day in 2017.

An analytical chemist, Lieberman, a professor in the Department of Chemistry and Biochemistry, heard a report on the radio stating that six times as many children in some parts of South Bend had elevated levels of lead in their blood than children in Flint, Michigan.

She immediately knew she wanted to do something about it.

“There are very well-defined, simple tests that people do to detect lead,” she said. “Why aren’t those tests being applied to people’s homes? Why are we waiting until children are showing up with elevated levels of lead in their blood?

“It’s like the kids are canaries in the coal mine, and it’s wrong.”

So she took up the issue with other faculty, and formed a group to develop a kit for homeowners. Residents can easily collect samples from around their homes, then send the samples back to Notre Dame to be analyzed for the presence of lead. The chain of events that led Lieberman to ponder the problem and to quickly uncover a method to solve it may sound novel, but the approach is second nature to Lieberman.

“There are very well-defined, simple tests that people do to detect lead. Why aren’t those tests being applied to people’s homes? Why are we waiting until children are showing up with elevated levels of lead in their blood?”

“Professor Lieberman has the exceptional ability to develop research that is scientifically important and matters for the local community, and for communities around the world,” said Mary Galvin, the William K. Warren Foundation Dean of the College of Science. “She is also talented at creating accessible methods that solve the difficult problems those communities face.”

“The thing I like about being an academic is you do have the opportunity to learn about new things, and personally, I really enjoy that,” she said, noting that there are constraints and no one can merely “flutter around.” No matter what the exact type of research, she knows she has to reach the boundary of knowledge and take a step over it.

After she steps over that boundary, if there isn’t something obvious she can contribute, she starts looking for a new way to contribute, or for gaps in the field of knowledge. For instance, when she started working with DNA origami — a technique of using DNA to make very large nanostructures — she realized no one was studying the surface chemistry. Her lab team’s research to understand more about the interaction of the DNA and the substrate became invaluable.

Lieberman’s quest for knowledge started as a young child growing up in Berkeley, California, where her father was a plasma physicist at the university and her mother worked as an English teacher at the high school. Always a lover of puzzles, Lieberman set off for Massachusetts Institute of Technology (MIT) and initially could not decide whether to major in medieval history — studying medieval technology — or science. An organic chemistry class cemented her decision.

“There’s a lot of three-dimensional problems, and then there’s also spectroscopy, which looks at pieces of puzzles, and I really enjoyed that puzzle solving aspect,” she said.

Finding an inexpensive method of determining whether a drug was real or fake was another puzzle she wanted to solve, after a priest came to her with questions about whether some amoxicillin capsules were rancid. After discussing the problem with that priest, she did additional research and discovered low-quality or fake drugs were being sold as the real product. After a new type of antimalarial drug, artesunate, came on the market in the 90s, fake antimalarial drugs became common in Southeast Asia beginning in the early 2000s. They started appearing in Africa in 2010.

“I thought, why are there these low-quality products in all these countries?” she said. “But it turns out that in order to use analytical instrumentation to detect the fakes, you need to have trained people, and a quality control system on top of that. Unfortunately those resources don’t exist, or they’re just developing, in some parts of the world.”

Her questions and research resulted in the Paper Analytical Device (PAD) project. Lieberman’s lab team makes paper cards that have a dozen lanes, each pre-loaded with chemical reagents. To test a drug, a user crushes a tablet and smears some of the dry powder across the card, then dips the bottom of the card into water. The water runs up the card and activates the stored reagents. Different drugs react with the reagents in different lanes to produce unique color bar codes. Lieberman’s team has focused on testing anti-infective drugs in Africa, where malaria and pneumonia are particularly deadly for children.

To demonstrate how closely the counterfeit medications resemble authentic anti-malaria tablets, Lieberman extracted three plastic bags, each containing a light aqua and white blister package of yellowish-colored tablets. Two were fakes. Only one was authentic. Without a reference pack available, the minor changes in packaging would not raise suspicions. However, starch, which is frequently found as a cutting agent in fake versions of these tablets, is easily identified on paper devices, as are other markers. 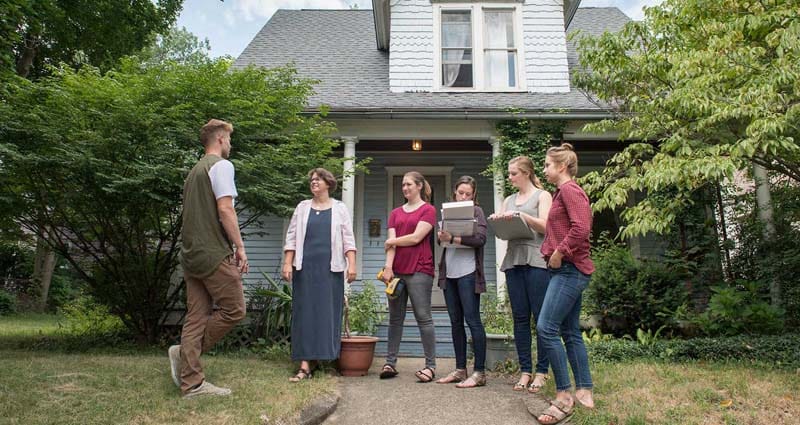 “If the counterfeiters aren’t putting the right amount of drugs into the tablets, it would be a tiny tablet,” she said. “They have to make it look right.”

Sarah Bliese, a fourth-year graduate student, has worked on the PAD project, and runs the Distributed Pharmaceutical Analysis Lab, where samples from low- and middle-income countries are distributed to research institutions like Notre Dame for analysis.

She enjoys working in Lieberman’s lab because the research is focused on real-world applications. Dovetailing with the PAD project is research on a new air quality monitoring system, which has the potential to detect carbon monoxide, temperature and humidity.

“There is nothing better than traveling around the world to see the people who you hoped to benefit from your research really invested in using it with such interest,” Bliese said.

Maybe because of the culture in which she grew up, Lieberman never felt she was a trailblazer as a woman pursuing science. Her feelings changed when she was a postdoctoral researcher at Caltech and earned a competitive fellowship through the National Science Foundation. She became pregnant during the fellowship — she had met her husband, Seth Brown, at MIT, and he’s now also a chemistry professor at Notre Dame — and sought out the program’s maternity leave policy.

She discovered they didn’t have one.

“They had plans for if you got called up to active duty for the military, though,” she said. “But they were pretty good about accommodating what I needed. Still, I was a little surprised. I thought, c’mon, it’s the 90s. Get with the program!”

Lieberman appreciates that Brown is also a researcher at Notre Dame, and believes his understanding of her schedule has helped with her balance between career and home life.

“It’s not like you work 100 hours a week like a high-powered lawyer or something, but there are some weeks in the semester when everything is very busy and you want your spouse to understand and support, and vice versa,” she said. “It’s hard when it’s finals week and we’re both crazy, but then you try to cut the other person some slack.”

Lieberman has also found balance in her lab. Graduate students in the Lieberman lab say they enjoy her energetic approach to research and mentorship.

“When Professor Lieberman started at Notre Dame she was one of the very first female faculty in the department and she has been a role model for how to forge a successful career in an area primarily dominated by men.”

“One of my biggest takeaways from working with Professor Lieberman has been to never sell yourself short,” she said. “It can be easy to underestimate your potential or impact as you go through your graduate career but she sees your potential and motivates you to achieve goals beyond what you thought you could accomplish.”