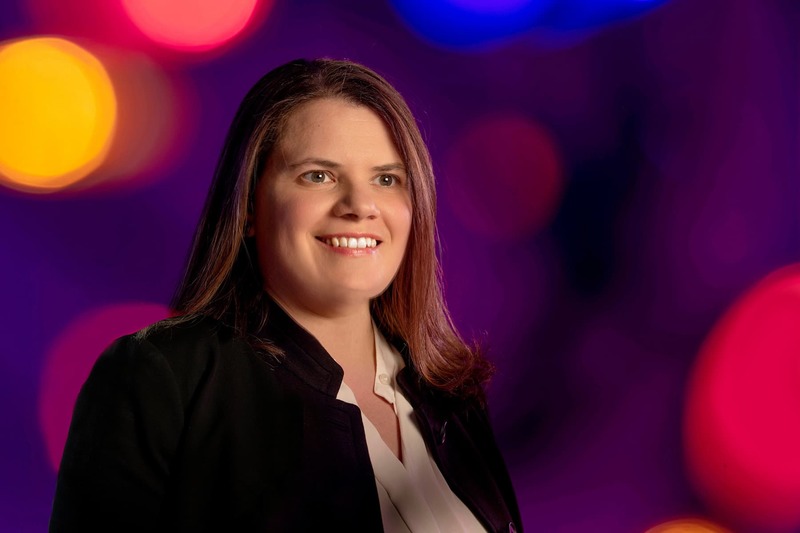 The Language of Living

A seventh grader’s language arts curriculum usually includes things like sentence diagramming, persuasive writing, appropriate use of first-, second- and third-person and the like. But for Marianne Cusato ’97, MBA ’17, it was in seventh grade that a different kind of language took hold; one without words, but one that still has a commonly understood “vocabulary.”

“I made the decision to go into architecture in seventh grade when I realized that astronauts have to have perfect vision,” she jokes. “I’ve always been drawn to it, but I don’t know why. I’ve been interested in spaces, interested in how we live in spaces…that was really interesting to me, to be able to put a language to something that I’d felt, but didn’t know what it meant.

“If I’m putting this much work into anything, then I want it to be something that gives back — either creating a street that somebody walks down and feels good, or putting a home in range of somebody that is in great need.”

“Architecture is a language with a vocabulary and a grammar,” Cusato says. “We all know the vocabulary — the windows, the doors and eaves. But we don’t all know the grammar, so when a shutter is one foot on a window that’s three feet wide, it’s nonsense. It’s a nonsense sentence because it could never work.”

Think about a time you’ve walked down a street and noticed a building that didn’t quite fit in its surroundings. That was probably an example of what Cusato describes as a breach in the “grammar” of architecture. It would be like conducting a conversation in English, only for the other person to throw in a sentence in Mandarin.

Cusato’s credentials read well in any language: She’s been ranked among the most influential people in the home building industry by Builder Magazine, voted one of the 30 Most Influential Women in the Housing Economy by HousingWire Magazine, and selected by Fortune Magazine as one of the Top Women in Real Estate. And that’s a partial list. Her career has included stints with high-end residential architecture firms, but her interest was always in smart use of space on a smaller scale.

“If I’m putting this much work into anything,” she says, “then I want it to be something that gives back — either creating a street that somebody walks down and feels good, or putting a home in range of somebody that is in great need. It’s just so much more meaningful to work with people that need something or to create places where people can gather.”

This focus has found notable expression in disaster recovery. Cusato famously designed what became known as the “Katrina Cottage,” a quaint, easily built home design that could be deployed in areas where there is a housing emergency. The designs won international acclaim for their overall efficiency and usefulness as an alternative to the infamous FEMA trailer.

Cusato affirms the use of those brown single- and double-wide units — many of which are still in use today, years after their intended deployment period — came from a very logical place. But what those trailers offer in utility, they sorely lack in practicality on at least two fronts. First, the rebuilding efforts in the wake of a disaster are almost never quick. So, whatever is deployed as a housing response will likely have long-term implications. Secondly and relatedly, Cusato emphasizes the homes built in this scenario should look like they belong in the given area. They should be both durable and responsive to local tastes and customs.

In other words, they should speak the language with proper grammar. 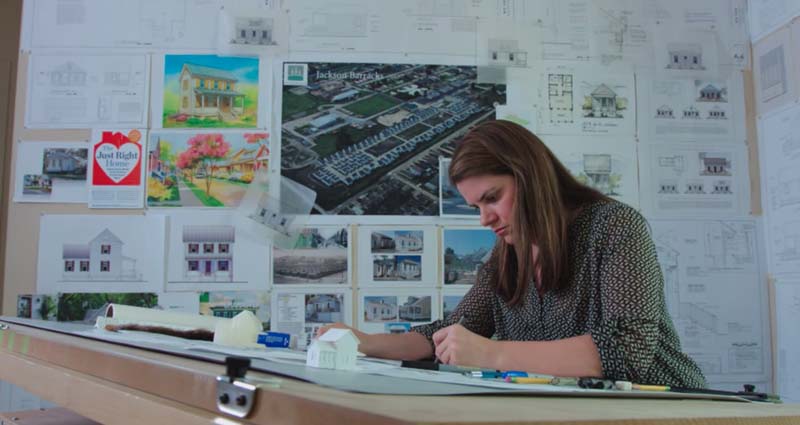 Fighting to Design a Better Home

This is what’s guiding Cusato’s latest projects, working in fire-ravaged Sonoma County, California and in the Caribbean island of Barbuda, which was devastated by Hurricane Irma in September 2017. Cusato visited the latter in November 2019, and found many residents still living in tents. She’s assisting in finding a solution for building safe, resilient homes quickly, without being at the expense of locality.

“In Barbuda they have these really amazing brackets and a heritage of different shutters, so we’re looking at the details,” Cusato says. “If we’ve done our jobs well, you won’t know we were there.”

Closer to home, Cusato champions the smart use of space by asking prospective home buyers to think critically about what they truly need. In her book The Just Right Home, Cusato explores three key factors in finding the perfect place: function, cost and delight, a concept which is based on the writings of Virtuvius, the first recorded architect. The rubric is something of an antithesis to the thinking that led to so-called “McMansions,” large, ostentatious homes Cusato said arose out of buyers’ desire for individualism. Noting that walkable communities (of usually smaller homes) actually hold property value more efficiently, Cusato advocates for a more simplistic approach: homes with only the space that is needed, closer together, in a setting defined by community rather than the commute.

The role of the architect in achieving that sort of utility is perhaps misunderstood, if not overlooked. Cusato refers to the architect as one of the last “generalist” professsions — careers that must interact with other disciplines to be successful. This is part of the motivation for Notre Dame’s Fitzgerald Institute for Real Estate, of which Cusato is a founding faculty member. The institute seeks to bring together law, finance, engineering and architecture to create places of lasting value.

“We have so many single-use decisions that are made for the short-term in real estate,” Cusato says. “We don’t have the luxury of doing that as a society anymore…we can’t afford to build a 10-year building. It’s just resources wasted. Hopefully Notre Dame can stand in and say, ‘This is what’s good for business, and what’s good for the world.’”

And that would be a language with universal appeal.