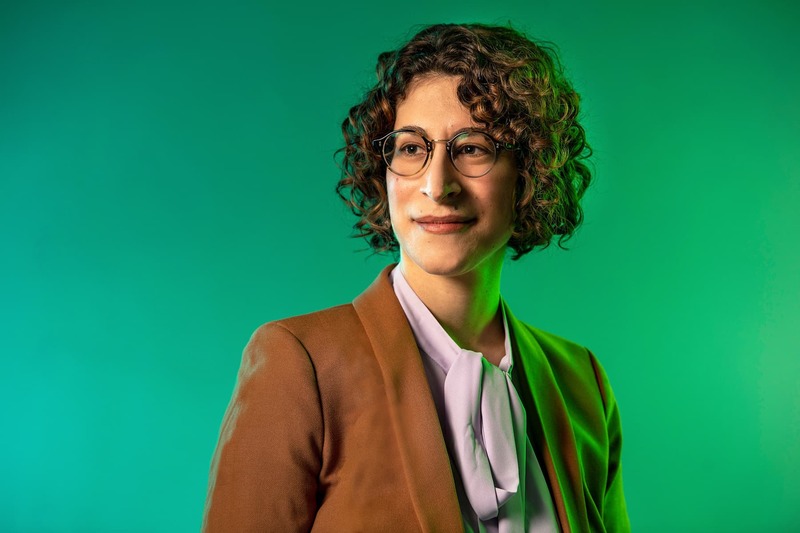 College of Arts and Letters

Sara Bernstein has been asking philosophical questions for as long as she can remember.

Even as a child, she pondered deep issues of life, death and ethics — wondering what might happen if all humans suddenly disappeared, or how we can possibly know that what we’re taught is correct.

“I grew up on these questions,” she said. “I was always really concerned with the possibilities. I read and watched a lot of science fiction. And metaphysics is so often about the possibilities, rather than actualities — that’s one of the things that really drew me to it.”

Now, as the Thomas J. and Robert T. Rolfs Associate Professor of Philosophy at the University of Notre Dame, Bernstein is a leading expert on the metaphysics of causation, of time and of feminist theory.

She considers herself a classic “armchair philosopher,” thinking deeply and applying rigorous analytical tools to examine some of the most fundamental questions of reality, such as the nature of time and existence.

Bernstein came to the College of Arts and Letters, which has the largest philosophy department in America, in 2016 from Duke University. She has published numerous papers on those questions and is currently co-editing and contributing to a book, Non-Being: New Essays on the Metaphysics of Nonexistence.

She suggests that, just as there are different ways of being, there might be different ways of “non-being.” For example, the past might exist (or not exist) differently than the future. A related concept is that of omission — an action not being taken can have as much moral consequence as one that is.

“We think that people cause things to happen by omission, and we hold them morally responsible,” she said. “If you promise to water my plant, then you don’t and the plant dies, I would certainly hold you responsible. These concepts are central to our moral and legal reasoning.”

One important area of Bernstein’s work on causation explores collective moral responsibility when it comes to global issues.

“Poverty in the developing world, for example — are we, as a society, causing it? That’s a metaphysical question,” she said. “Is it something we’re doing? Is it something that we’re not doing on an individual or collective level? Those key questions about causal responsibility haven’t really been seen in that light before.”

Bernstein’s research and teaching on the concept of time travel has also garnered attention among scholars and her students. Exploring the topic is admittedly fun, she said — and harkens back to her days of watching Doctor Who and reading H.G. Wells as a child — but it has broader implications as well.

“Talking about time travel helps us better understand the metaphysics of time more generally,” Bernstein said. “It helps us understand whether time passes and, if so, to what extent we can change its rate of passage for a particular time traveler. It’s more than just a fun intellectual exercise — it teaches us about wider issues of space and time.”

“Being in conversation with philosophers working from different traditions, with different backgrounds really helps,” she said. “Everyone is coming from somewhere different, not just in their education, but in the sorts of things they assume when they’re making arguments, and the sorts of philosophical questions they find interesting.”

As the child of two academics, Bernstein was encouraged to follow her passion and credits her parents as her earliest mentors. She was the only female philosophy major in her graduating class at the University of Chicago and the only woman in her Ph.D. cohort at the University of Arizona. 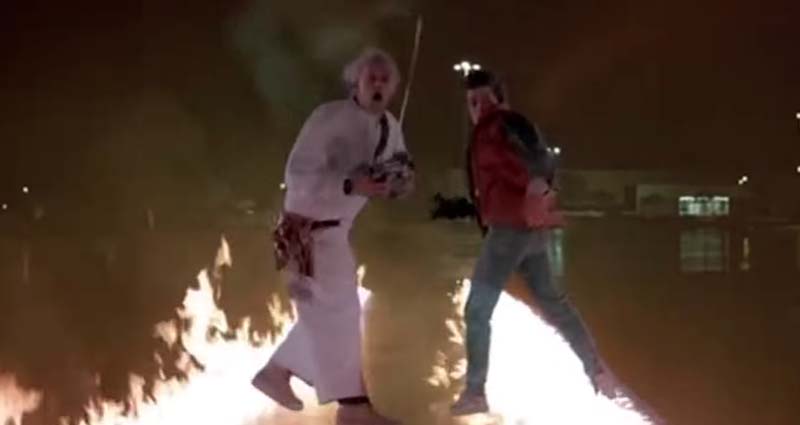 Back to the Future Gets Time Travel Wrong. The Terminator Gets It Right.

“At the time, it didn’t even register to me that it was unusual, as strange as that sounds,” she said. “Luckily, there is more attention paid to the issue now, and one would really notice. But women and people of color are still underrepresented in philosophy.”

As Bernstein has become more established in her own career, she is also working to address those imbalances in academia.

She is a co-founder and mentor for a program that pairs early-career women in academic philosophy with women seeking their first full-time, tenure-track position. Last summer, she began working in a mentoring program for tenure-track women in metaphysics.

“I take that role very seriously because I’ve benefited so much from the mentors I’ve had, and I’ve seen how much it takes for people to succeed in this field,” she said. “It’s important that we get more serious about mentoring, recruiting and hiring women at all levels. And other dimensions of diversity are really important to address — including racial diversity and diversity with respect to socioeconomic background.”

Bernstein has also begun research on feminism and philosophy, believing it is ripe for rigorous conceptual analysis. In 2018, she started co-teaching an undergraduate course on philosophy, gender and feminism and will be offering a graduate seminar next fall.

“A lot of students don’t have exposure to this line of thinking — or they have preconceived notions of what feminism might be,” she said. “Encouraging students to think about that and questioning the role of women and gender in society has been really transformative for many students.”

Ultimately, philosophy is a cornerstone of a Catholic education, and Bernstein values Notre Dame’s commitment to the discipline, including requiring all undergraduates to take philosophy courses as part of the Core Curriculum.

“Philosophy is a set of analytical skills or tools that students can apply to anything they want to do in life, to medicine or law or politics,” Bernstein said. “It teaches you how to think, how to question, how to spot bad arguments — and how to do the tough, introspective work of examining your own beliefs.”